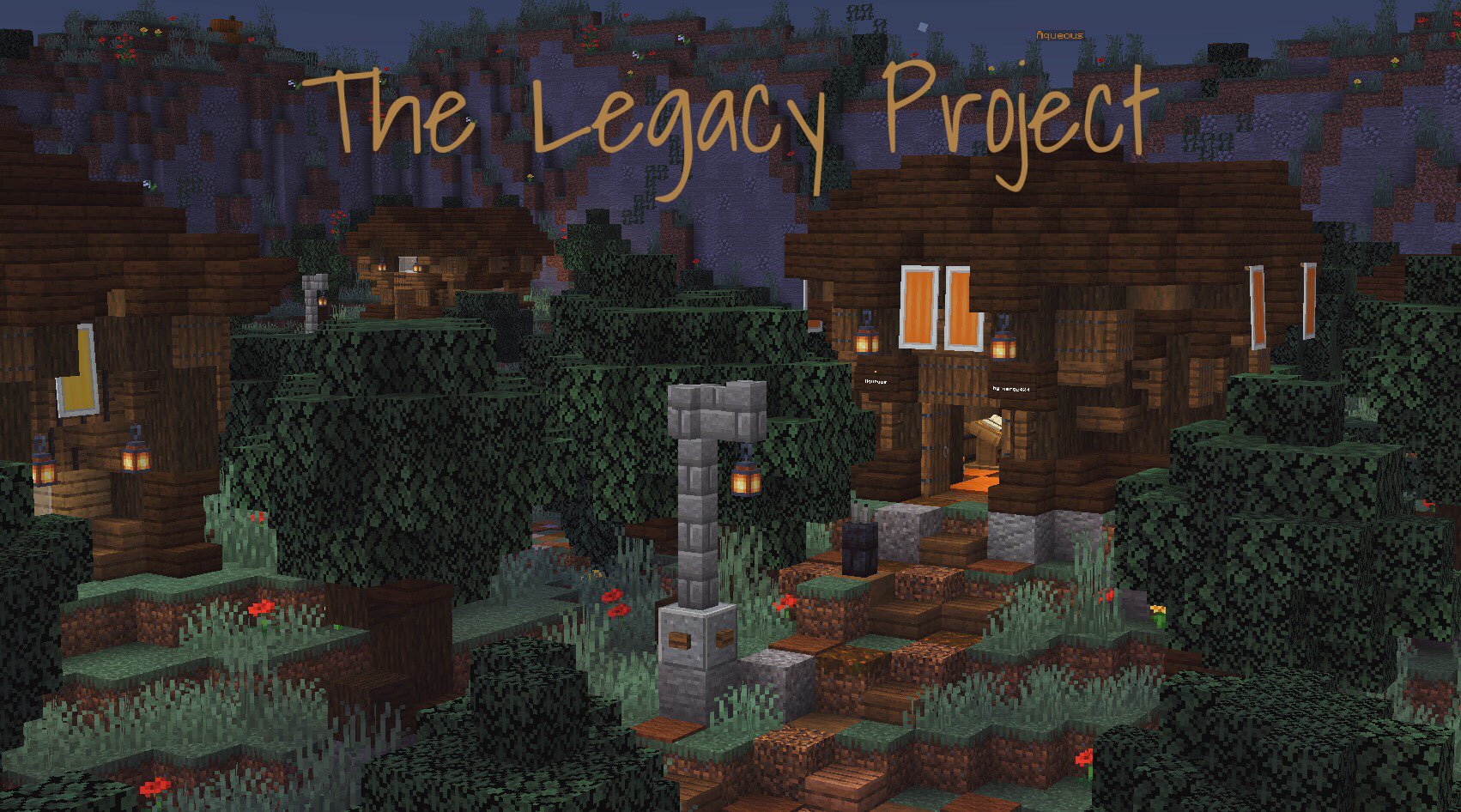 BEFORE WE GET INTO THINGS...
Bstrey and I started the Legacy Project in May of 2019. A few months later, after planning ended, it went on indefinite hiatus until early 2021, when _Trains_ and I began work on a new and improved version of our very first idea. Almost a year later, with the help of many staff and Greens, we are so excited to finally be finished. While Trains and I are co-creators, it is important to note that this project would have likely been abandoned for the second time without him. We can't thank him enough for his enthusiasm and role in keeping the project alive. We both hope you enjoy the Legacy Project!

SPECIAL THANKS
swimmy1212, Autre, BTJRedwing, IanAnth66, mod_ern, and all the other staff and Greens who contributed!


WHAT IS THE LEGACY PROJECT?
As the server ages, quality standards increase, and many of our oldest and most well-known maps risk falling into obscurity through denomination into the Valley. The Legacy Project is an incentive to immortalize the legacy of the maps most formative to Minr and provide them with the recognition they deserve. We hope to separate historical significance from "objective" quality, allowing iconic maps that no longer meet FFA standards to leave FFA while remaining publicly accessible. This area is open to all ranks, which we hope will enable all players to appreciate the maps that many of us grew up playing for years to come.

WHERE IS THE LEGACY PROJECT?
It is located in Zero. Greens+ can access the area by running the command /warp legacy. Alternatively, all players can reach the area through spawn next to the recommended parkour starting maps board. The location in Frozen Spawn is temporary; when a new iteration of spawn is released, the project will have its own dedicated section.

WHAT'S IN THE AREA?
The build contains 25 houses, each featuring one map (to be listed later). The first floor of the houses has map facts (release date, HC rotations, etc.) and a blurb about the map's history (fun facts, details about the creation process, and more). Each basement contains a miniature recreation of the map along with a join sign. There are plenty of other details not listed as well.


IS THE AREA EVER UPDATED? HOW?
Yes, the area is updated on an annual basis. Each year, we will host a nomination process, beginning around December of 2022, separate from the FFA/FFA+/Valley nominations and denominations. The chosen maps will be added to the area, and any changing information will be adjusted as needed. The nomination process will work as follows:

1. Staff will release a form where Greens can nominate maps and provide reasoning for their choices.
2. The nominations will be compiled into a staff discussion used to create a voting ballot.
3. Staff will vote on this ballot, and only maps with 66% or more approval will enter the Legacy Project.

WHY IS THE VOTING LIMITED TO STAFF?
While the nomination process is inclusive to Greens, voting is limited to staff to prevent bandwagoning and ensure that each map voted into the Legacy Project suits the criteria we have defined for eligibility (to be listed later). Once a map is voted into the Legacy Project, it does not leave; it will not be subject to denomination like maps in FFA or FFA+. As such, it's important that we are careful with what maps we add.

WHAT MAKES A MAP ELIGIBLE?
Eligibility criteria have been defined as the following:

Eligible maps should be at least 5-6 years old approximately. They must have been released before Theta (any map published before Retrograde), a cut-off that may or may not be subject to change in the future. They should have contributed something meaningful to the server and its development, whether it be through a revolutionary use of gameplay, outstanding aesthetics for the time in which it was made, placement in multiple HC iterations, or a general sense of being "iconic." These maps should be beloved by the community and remembered with a sense of nostalgia and warmth. Legacy Project maps are not infamous for being exceptionally rage-inducing, poorly made, or generally unpleasant, even if those maps are arguably a part of our history. We're seeking to highlight and honor the maps that document our server's evolution, our fondest memories, and our talent.

To set a precedent for what maps we are looking to include in the Legacy Project, the build team has selected the first 25 featured maps. More maps than listed will fit the eligibility criteria; we purposely have not included every map we identified as a candidate. They are:


HOW DOES THIS NEW SYSTEM FIT INTO FFA?
Every map in the Legacy Project will retain its join sign in the Valley/FFA/FFA+ (wherever it may be). It will have a join sign in two places to avoid confusion and obscuring access to current FFA/FFA+ maps. Any maps in the Valley that are voted into the Legacy Project will NOT award points. We do not want to make these maps joinable outside of directly through the Legacy Project hub or incentivize new players to complete them for points, as they no longer meet FFA standards. Their accessibility in the area is meant for historical value rather than point value.


SO...
We're looking forward to this new addition to the server! We hope to see you all check it out soon!